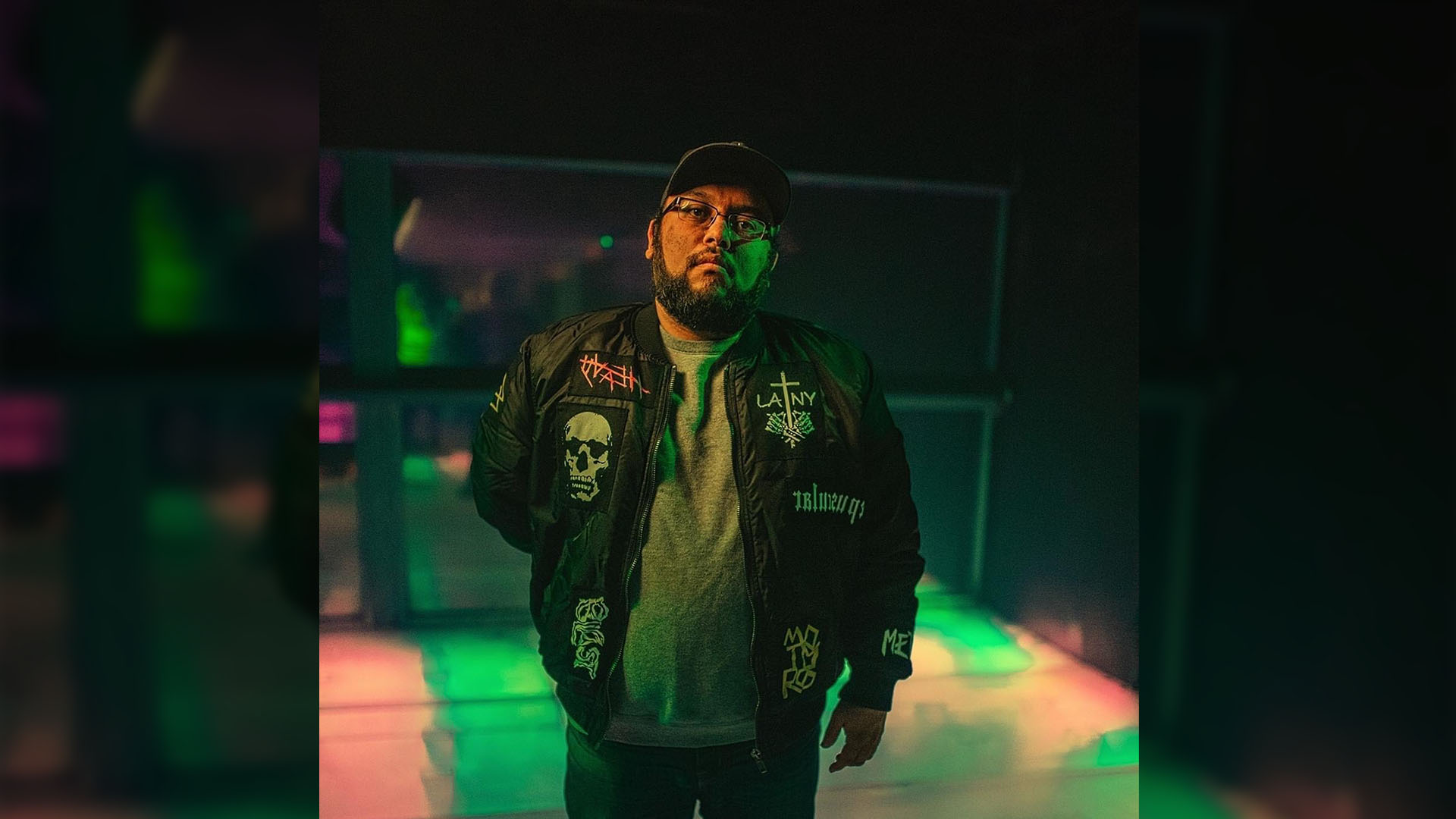 Sines’ debut album: the emotional side of Latin club sound

Houston producer and DJ Sines will soon release his first solo album: El Amor Es Eterno. It will be the first release from his new label, AMOR. With such a milestone in the producer’s career approaching, we went to ask him a few questions about his background, the Santa Muerte duo he was part of for a long time, and their label Majía. Interview with one of the pillars of the Latin club scene.

CxC | Hi Sines, for those who don’t know you yet, can you please introduce yourself to our readers?

Sines | Hello, I am Leroy Bella aka Sines and I’ve been producing music since 2006 and djing since 2000. I am based in Houston Texas and run 2 labels Majía and its new sub-label Amor. I am also part of the now-defunct duo Santa Muerte.

You are about to release your debut album, no doubt it’s a special step in your career, what does that mean to you?

This is something very special and nostalgic to me. Everything I’ve made in the past has led me to this moment in time. This album will show everything I have done musically and showcase where I’m at in this time of my life.

Your album is coming out this summer but you already have a decade-long musical career behind you, so it was finally the right time for the album?

Yes, I think it was the right time to release an album. I have so much music just sitting that I could probably make 5 albums. I want the world to hear what I have before the music stops for me.

From you, we already know the edit packs that often mix experimental club music, reggaeton, and rap. In the last few months, we’ve also discovered your collaborations with vocalists. What can we expect from Sines on a long format like an album?

My album will have some vocalists included in it. This album is more on the emotive side and not as dark as my last release GMNI that I released in 2019 and will showcase many diff sounds from my past and future. It will be a multi-genre release.

As we just said before, in the last months, you collaborated and released singles with vocalists like Yayoyanoh or Nino Agustine, how do you approach this kind of collaboration and what do you expect in relation to solo songs?

Usually, I send demos over to vocalists I would like to work with or those who want to work with me and we build it from there. The process is more tedious due to getting everything sounding and mixing well (vocals and beats) compared to just working solo where it’s just myself and the engineer mixing my sounds. Both processes can be stressful but the end result will always work.

Let’s continue on the collaborations, your next single is called « Nite Angel » and will be available tomorrow on CxC, it’s a track made with the Italian-Greek producer Viper Blond. How was this collab born and how did you work together?

Well, that collab originated as everything does now over the internet. Viper messaged me vocals and I built the track over her vocals. We had at least 5 versions of the track and went back and forth on it and finally nailed it.

You’ve also been forming Santa Muerte for several years, with your mate PanchSM, the musical and visual identity of this project are very strong, witnessing a mix of « dirty south » / Latino / Chicano culture… can you tell us a little more about this project?

SM was built in early 2014 and lasted till about the end of 2019. It was made for darker club sounds that originated the Majía label. We did a lot of stuff with NAAFI and were given the opportunity of remixing Kelela which was the highlight of our time as SM. We released 3 EP’s and 1 Album and tons of edits and remixes.

Still, with Santa Muerte, you founded your own label, Majía. After several years of releases, you announce AMOR, a sub-label on which your first album will be released, what does it consist of? What is the difference between the two?

AMOR is going to be the light as to MAJÍA being the dark side of music. It will be more sensual music and experimental at the same time if that makes sense. There will be more pop-influenced sounds as well that will be coming thru the pipeline of AMOR.

Anything else about music, your personal career or your labels that you want to share with us?

We have a lot lined up for 2021. New radio show on Ma3azef. We also started a new monthly mixfiles series that will have the likes of Ariel Zetina, Riobamba, Viper Blond, and many more DJs from across the globe. And my album is dropping in late June/ early July titled El Amor Es Eterno. Physical copies will be available as well.