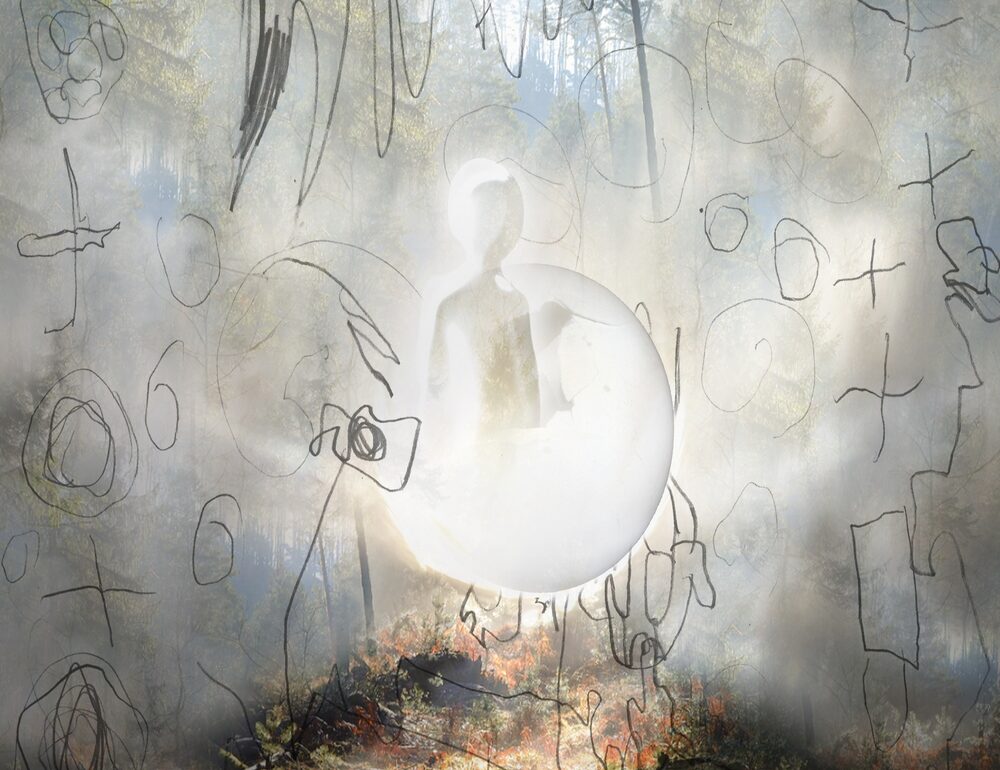 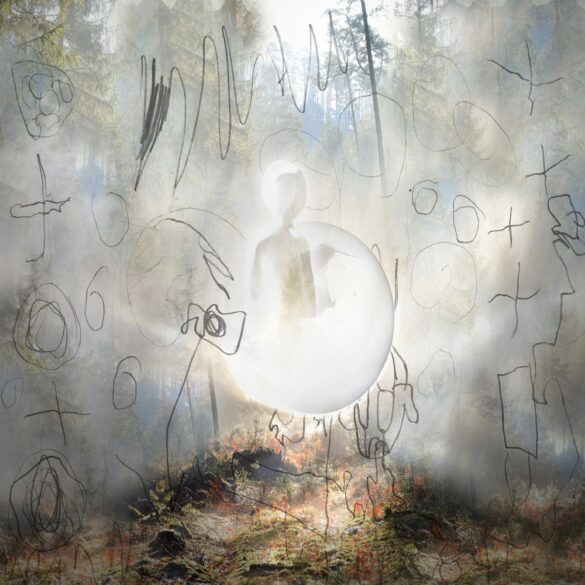 The prolific producer Basile3 has already announced a second project to be released on InFiné. Entitled Sans Retour, this new EP follows Ciel Rouge which was released last autumn and marked the producer’s debut on the label based between Paris and Berlin.

A few months ago Basile3 told us that the objective of his work was to “create alternative realities where the listener can set himself” – interview to be reread here – and this is exactly what happens in Sans Retour. The author told us about this EP: “I think having very expressive tracks is a way for me to project myself into a fantasy life that is more intense than what reality has been for months.”

After the red sky picture, from the previous EP, glimpsed by an imaginary character seeking refuge in a fantasized forest, Basile3 continues to write made up film soundtracks while pursuing the forest and light metaphor. It is now about the blinding white light that passes through the trees, an image that can be seen on the artwork signed by Amal Guichard, and whose musical setting would correspond well to the harmonies transcending the opening track of Sans Retour called “Extase”.

Representing the light at the end of the tunnel (like maybe this summer of 2021, hopefully), Basile3 with this new Sans Retour EP pushes the listener into an adventure between “organic and hyper-artificial”, between “familiar and futuristic”. A bit like those snippets of club music or R’n’B that we think we can discern, a chord, or a rethought and re-orchestrated sample.

Before the release of the full EP, InFiné entrusted us with the broadcast of the track “Ciel Rouge ft. Simili Gum (Spring Mix)”, which you can listen to at the top of the article. If the original track was present on the previous EP, the version unveiled today will be the pivotal track between the two projects. Originally intended to be just a new edit of the track for a video, the addition of new elements, including a verse, and the change of synth melodies will have given birth to this Spring Mix. More optimistic and less dramatic, this new production magnifies the vocals of Simili Gum.

Sans Retour by Basile3 is released on InFiné on June 25th, pre-order on all platforms.