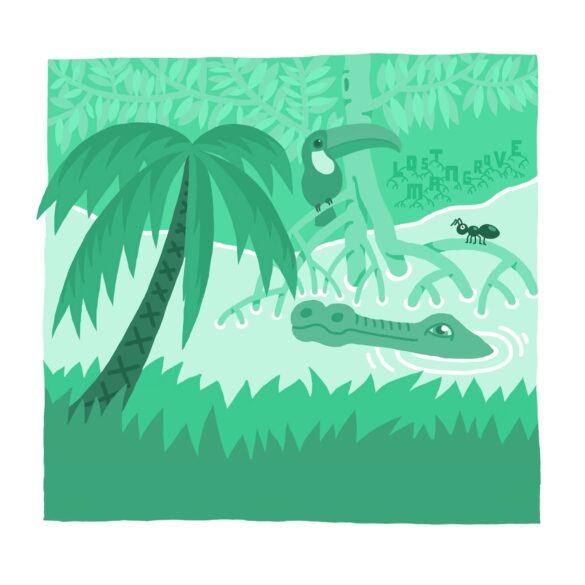 Kaval, the French king of the MPC2000XL, is back with a new independent EP

Entitled Lost Mangrove, this next release from Kaval bears the catalogue number “KAVAL6”. It’s already the sixth EP from the prolific producer from Toulouse who finds time to carry out this personal series in addition to his numerous releases and radio shows. Indeed, in a little more than two years, the one called @remikaval on Instagram will have put his name on remixes or unreleased tracks on prestigious labels like Man Recordings, Club Djembe or Lowup to name a few, without forgetting his recent participation in the first release of Riddim Supplies, the new sub-label of Egregore.

On Lost Mangrove, the producer from Toulouse make us travel to the most humid jungle. Armed with his mythical Akai MPC2000XL, Kaval happily shears the hard drum / UK funky / drums tracks that are in his way and recomposes five bangers worthy of his name. The originality of this EP? The undisguised passion of its author for birds, “it influences me quite a lot on my tracks”, he confided to us in addition to revealing the captivating YouTube video from which the bird sounds come.

DJ for the club, producer at home but also a gamer, Rémi likes to see his tracks as if they were the sound levels of a video game like Crash Bandicoot or Donkey Kong (S/O to BJF who recently remixed DK’s soundtrack on the last Météo compilation). Another nod to the tropical universe of the EP.