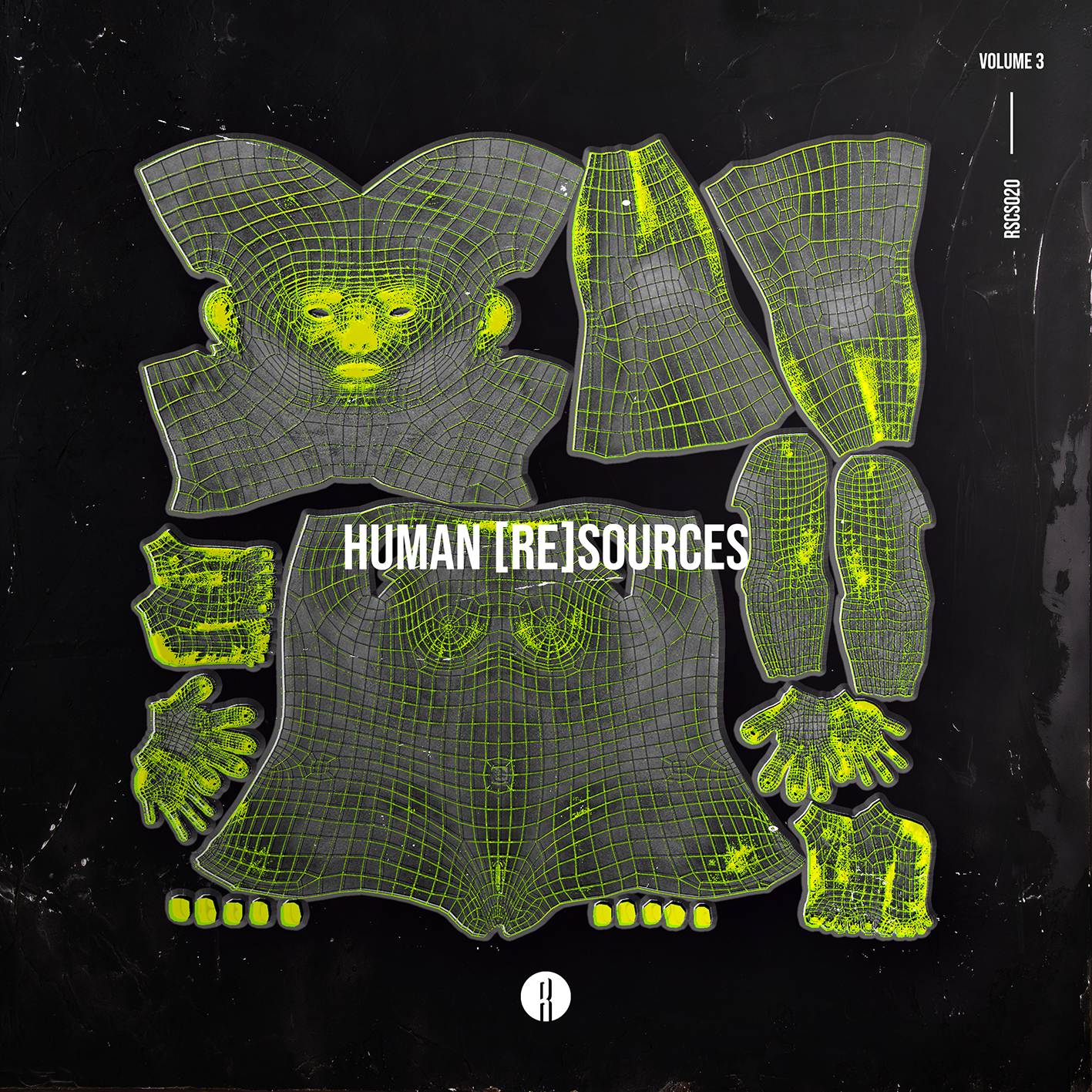 [re]sources, the most influential French Club Music label of the last 5 years, is about to release its new compilation: Human [re]sources 3.

On the first two volumes, there was a selection of producers, mostly from France, which definitely placed France as a promising club music area. Five years later, most artists on these releases have become unavoidable : Sylvere shakes Europe from Milan to London while passing by Paris, Sunareht and Le Dom were crown on Boiler Room and are playlisted by Aphex Twin, Douster became King Doudou and shaped the urban sound of Taretets (PNL) and Barcelona (Bad Gyal, now Internachonaly) to name a few.

With a bi-monthly residency on Rinse France where guests from all over the world comes by, 2 EPs released this year and parties with unbeatable line-ups – 7 DJs in 7h at L’International, La Station, or the friendly Mini Club Rotonde like this Saturday with Galtier, Arma and Mignon – it was legitimate to wonder what could be the new direction of this new compilation.

On Human [re] sources 3, the Parisian label has chosen to improve its international presence by inviting guests from almost every continent: the Australian Galtier, the Greek Radio ETC, the Japanese Grandivaa, the English Arma, J-Shadow or the Mexican Omaar which we can listen to with the exclusive title below.

Human [re]sources 3 takes the influence of UK Club Music as a guideline. The UK bass as a starting point, hybridized with Techno, UK funky, Dancehall or Jungle, allows the BPM to go from 100 to 160 BPM in the range of 13 tracks.

On this piece, the affiliated producer NAAFI does what he strives to do since his first titles: pay tribute to his UK influences. Sometimes hyper destructured Grime, sometimes Jungle or Hard Drum as on his last EP Progressive Tribes (2017, NAAFI). We can hear the tracks of Omaar played on Rinse FM, Boiler Room or BB1 by DJ Stolen, Akito, Noire, Sylvere, Bob Sleigh … His participation in the compilation of [re]sources, the song “Druman”, between UK Funky, Hard Drum and Tribal House, certainly is the promise of riots on the dance floor.

Human [re]sources 3 will be available this Monday, September 30th on the Bandcamp of the label.

Do not miss the [re]sources club night tomorrow night, Saturday, September 28, at the Mini Club Rotonde with Arma, Galtier, Mignon who will be accompanied by residents Bob Sleigh, Tommy Kid, and Calcium.