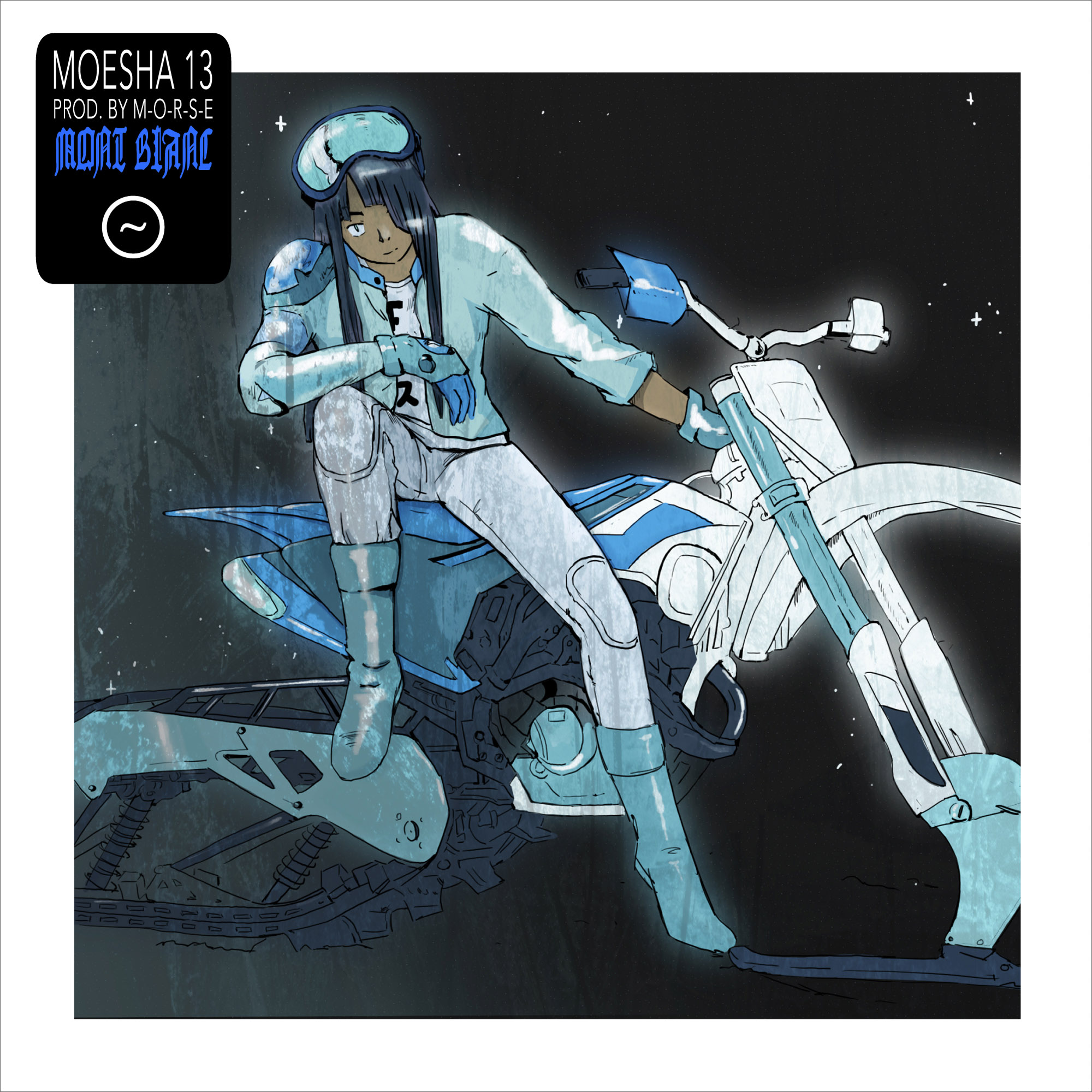 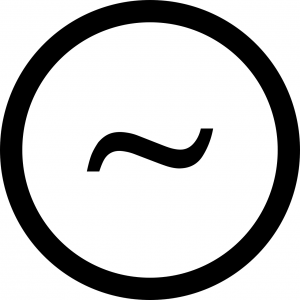 Music Vague: Building the artistic identity of the label empirically

Something serious is happening in the French Alps: the emergence of a new label responding to the vaporous name of Musique Vague. It’s always a pleasure to know that a new label is about to start, especially when it’s home, chauvinism aside. Moreover, it would be more accurate to say that Musique Vague is born in a geographical context that seems to be conducive to creative initiatives, just the excellent label Fullfridge or the elegant fanzine Pidgin.

On the initiative of Musique vague: Clvvs, at the helm of the legendary secret group Facebook Narco Polo, which was surely the first platform for the collaborative broadcast in France of a club music that frees itself from the barriers and pre-established, a space giving pride of place to more detailed references to scenes from the four corners of the globe. Clvvs and its gang in Grenoble have also made good days, or rather beautiful Wednesday nights, of the largest alpine metropolis with the legendary Mercredi Pimentés. The latter, weekly appointments on an ambitious niche, does not prevent the organizers from programming heavy names, from Teki Latex to Paul Marmota & Lao, via King Doudou or Martel Ferdan.

In short, the Musique Vague label is in good hands. By the way, label? Not so sure…

“Musique Vague is about a label, a publishing platform or even  just an account on the networks. It is a rough thing, and that is sure of nothing. Musique Vague is vaguely interested in music in all its forms. Musique Vague is for the approximate musicians and the music that we do not know what it is.“

…explained the author. And himself to continue:

“The idea of creating a “label” dates back a long time, it took me a while to find the creative axis in which I wanted to register this project, then it appeared, after returning the thing 15 times, that it was necessary to detach itself from all aesthetics, or scene, or current, and leave a freedom to publish all the stuff that I (we) would like. The will is to leave the contours and the nature of the project blurred, to build the artistic identity empirically, exit after exit, meeting after meeting etc … the notions of certainty and accuracy are the opposite of the state spirit that we wish to give to this project. The side DIY, tinkered in his corner and goes to the blind is one of the founding ideas of this project.”

This is a refreshing initiative and its founder does not imagine to lead alone, but rather as a “participatory project with variable geometry”.

To celebrate the birth of Musique Vague, the first single is out today and can be found in exclusivity on CxC below: 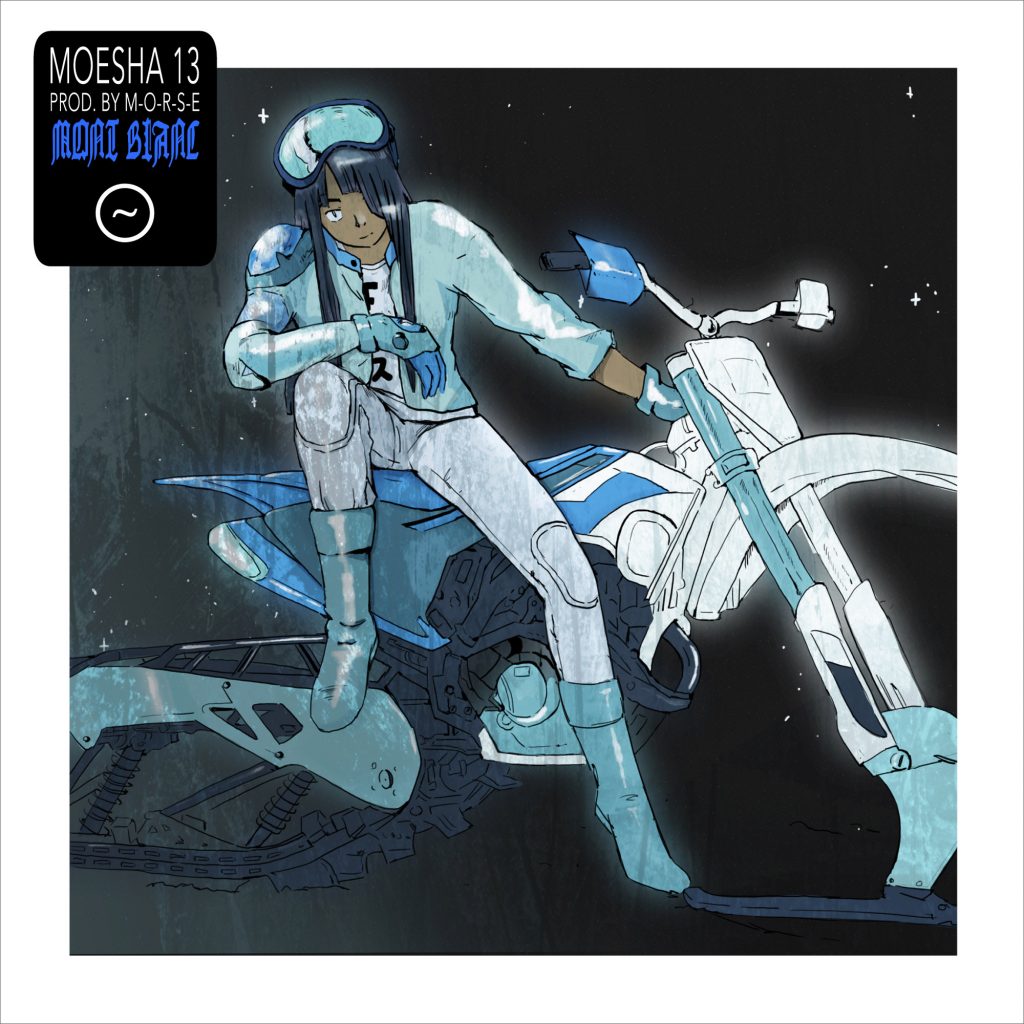 The first publication of Musique Vague arrives today, and it is a common piece of two long-time collaborators of the alpine crew: the Marseillaise “en i” Moesha 13 and MORSE, also singer but sometimes only the prod as on this Mont Blanc.

Resolutely trap and severe, on Mont Blanc, the alchemy between the two artists works in the first sixteen measures, the perfect pretext for a cross micro-interview of the authors:

How was the Moesha collab and M-O-R-S-E born?

Moesha 13 | When I was listening to the M-O-R-S-E prod, his bass sounded like the engine of a motorcycle so I contacted him to offer him the feat in 2016.

After sending some melancholy and exhilarating prods and having played them live exclusively, I proposed to put the gas and go back to Z, on an energy sound, “En i” and that makes you go to the mountain in motocross.

On the occasion of a recording with Douster, organized by my Grenoble team, where he had come to support, he made me listen to his new prod.

I started to freestyle writing, sisi chacal on the content of my mind … and Mont Blanc was born. Moesha 13

M-O-R-S-E | With Mo [NLDR : Moesha 13] we had known networks for a while, we even started a collab with his former duo before he split. Time has passed but we kept the desire to work together. We finally got caught when Nico brought him to Grenoble to mix at the Bauhaus. Then the homies Hugo Douster and Mike Fullfridge asked him to record the duo EN I with Jeci Jess. I had planned a little bit, telling myself that we could also find a moment to record a piece together. It was a period when I had accumulated a lot of beats trap, Mo to hang on this well edgy prod and the day after the recording of In I recorded a model of Mont Blanc at home. It was interesting because Moesha has a very careful writing process. We are far from freestyle made in one take. She spent a big part of the day writing and rewriting her phases by asking me for slang from Grenoble to give a weird tint and slip winks in the lyrics. I keep a great memory.

I was happy with this version but in hindsight, Mo thought we could do better so we took advantage of another date in Grenoble to re-record all the voices and new phases in the studio.

Finally, from the first throw to the exit, it will have happened almost 1 year and a half.

Is this the first excerpt from an EP in common, a compilation, a single?

Moesha 13 | This is the summer hit, lmaooo

M-O-R-S-E | I think that basically, Mo wanted to slip the song into an EP but finally, as his project changed a lot of shapes it became less consistent for her. We had the opportunity to enter the track on a compile but I found it a shame to drown it in it so we proposed to Nico [NLDR Clvvs] who was editing are Musique Vague label with the idea to do a single. He had already enjoyed the first version of the title I had played in one of my rare DJ sets so when he was offered to release it as a single he immediately said yes and was very happy to finally release the title!