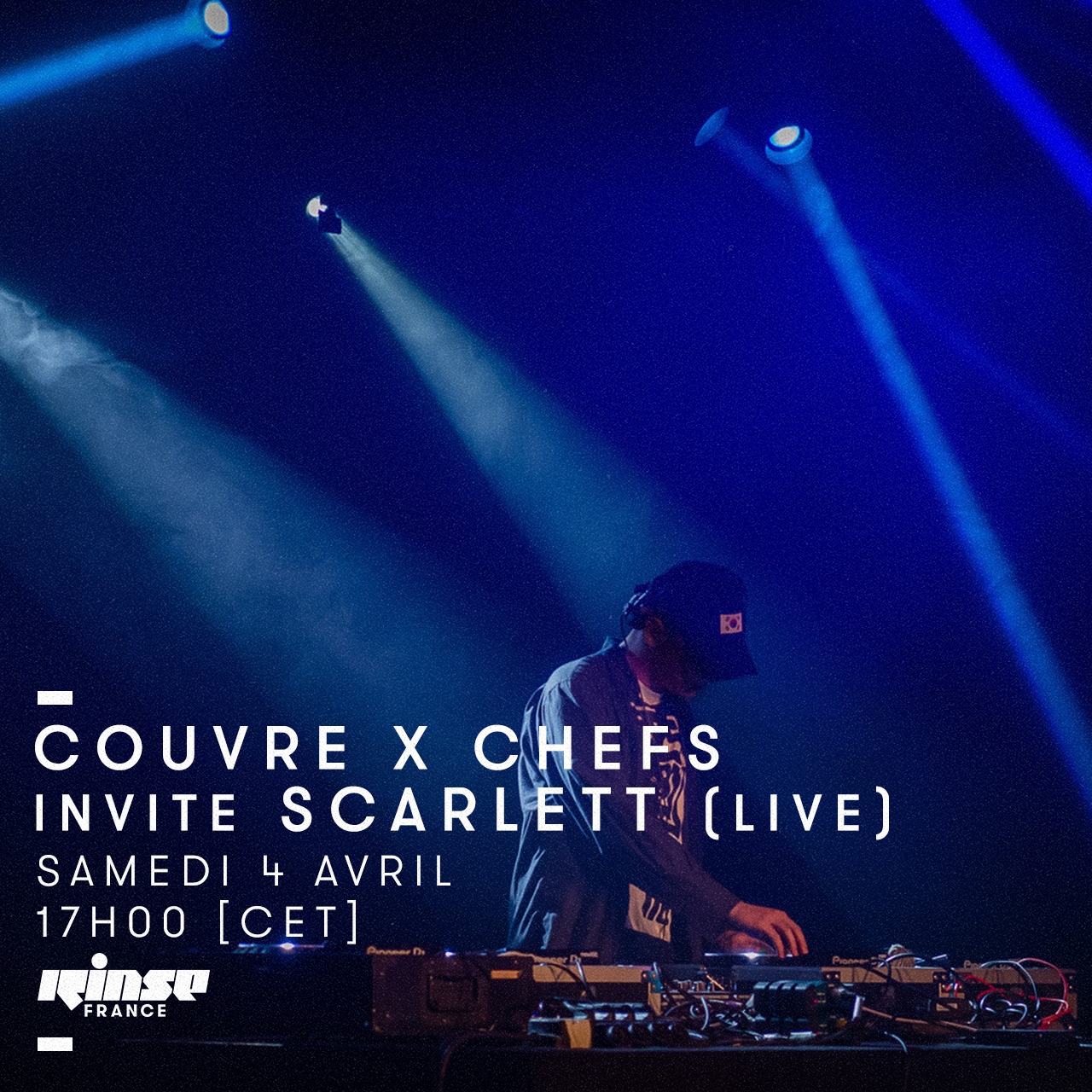 For our latest broadcast on Rinse France, we had the pleasure of inviting the talented DJ and producer Scarlett to perform her live act for the very first time.

Accustomed to CxC platforms for some time (Boiler Room, parties, radio shows) and devoted member of the Couvre x Chefs project as a whole, Scarlett is about to release her first EP: Thin Ice. Available at the end of April (if all goes well / or at least a little bit better), this project is the result of several months of musical and personal introspection during which the author has developed a strong artistic identity.

We will talk more about this EP in due course, but know that there will be a featuring with the Italian-Lyonnaise producer Ma Gda and that everything has been impeccably mixed and mastered by Imaabs.

Rather known for her DJ sets, Scarlett wants to defend the live act with this project and that’s what she has done during this Rinse France broadcast.

During a 1 hour set, the producer delivers an extra extended version of her upcoming EP (composed of “only” 4 tracks), embellished with arrangements, additional productions and other previously released edits. The whole thing is obviously entirely composed by her (sometimes even sung); interpreted with a cassette player and other machines.

Thin Ice by Scarlett will be available by the end of April (hopefully), but you can already find her (nu-) metal edits EP, Emotions / Violence Edits, on her SoundCloud.