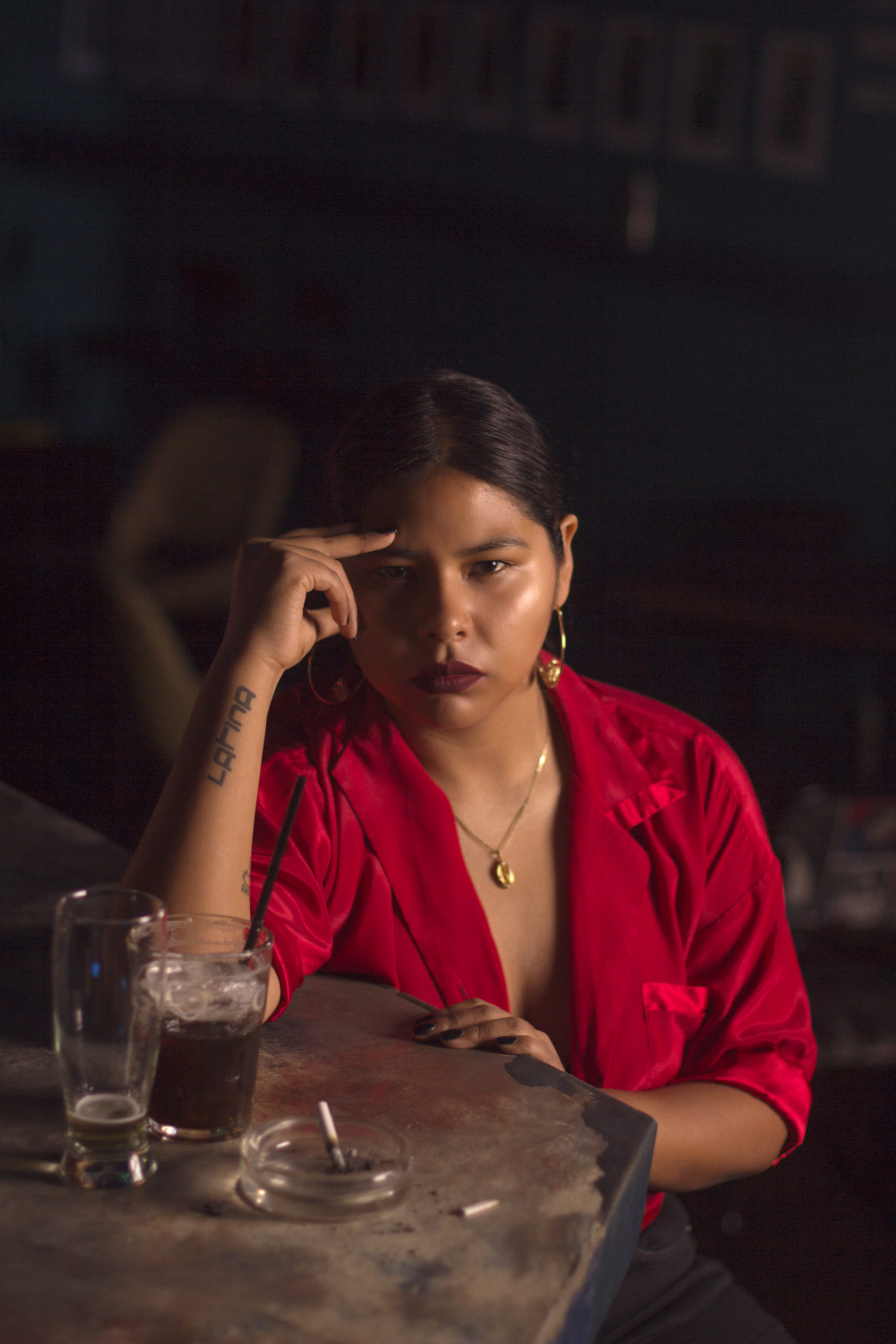 For her debut album, Tayhana traced a mesmerizing duality between cold wistfulness and heated seductiveness.

Tierra del Fuego is not a ‘Latin’ influenced electronic music album, neither it is by chance ‘dembow’ club music. Any of the tags that the first-world media used to catalogue Tayhana’s debut LP under a frame of musical ambiguity reads dangerously inaccurate and too superficial to describe the passionate weight of her proposal and the in-depth intensity of her music.

What does to ‘sound Latin’ even means when you grew up and lived nearly at the edge of the world? This may be a more accurate thought to have in mind while encountering this album.

Tayhana is from Caleta Olivia, an oil and mineral wealthy-city located in La Patagonia. Industrial parks, natural driven barriers and long windy beaches are part of the usual landscapes of her hometown. When she visited Tierra Del Fuego, the southernest province of Argentina and Latin America’s connection with the Antarctic, Tayhana was halfway through the process of finishing this album and found herself amazed by having the perception of standing near the end of the world.

Tierra Del Fuego takes traces of this testimonials in a combination of her inner musical influences and the conjunction of uncanny feelings that gives the vernacular sound-palette of her music a refreshing and unique sensation.

As Tayhana has been through rough experiences touring around the globe and has often flaunted herself as a passionate lover, there’s no surprise that Tierra Del Fuego has a deep sentimental approach. The album talks about tragic endings and their melodies are powered by a constant sensation of drama, nostalgia and desolation.

You can hear how traces of cumbia turra is taken to its darkest side with the opening “Some Days Back I Had a Happy Ending In My Grasp” which is a dialogue taken from Wong Kar-wai’s movie, 2046. This is a particular detail to highlight because there’s an overly dramatic feeling in these melodies that permeates the whole album. Actually, the whole LP is a dance-driven tragedy.

These sensations of musical intensity are not often linked to cumbia, but this remarkable contrast shows how tracks like “Corazón lleno de mil inviernos” can make cumbia villera to go as danceable and catastrophically as it can get.

The structure of cumbia music is pretty hitting because it is indeed, a pretty deep and powerful rhythm, Tayhana digs out this underrated characteristic of cumbia in the most creative way with these songs. Kind of similar of what Elysia Crampton has made with her long cumbia-andina inspired compositions to sound like an opera with whole overtures, interludes and acts.

You can hear Bolivian carnival drums evolving through one of the most warming melodies of Tierra del Fuego in “Presentimento”.  And the meditative transition from 135 to 150BPM’s driven by a sense of full tension in “Hasta Hoy” makes an extraordinary highlight with the rest of the album.

The Andean rhythms, dances and sounds that gave inspiration to this tracks such as Caporal and Saya are transcended into introspective club anthems, it might be the intrinsical aggressive energy of these rhythms that trace back to an Afro-Latin origin that makes the vibes of these melodies to sound this deep.

If you lose yourself in the core of the melodies of ‘Petrolera’ and ‘Conozco tu debilidad’ featuring Wasted Fates, you can picture clashing glaciers, windy steppes and petroleum facilities. Cold images that don’t appear common to the mainstream Latin geographical context.

For the end of the album, Tayhana invites Aggromance for a fast collaboration that is highlighted by the catchy percussive composition and the overly dramatic synth patterns that overtake at the end of the song. It feels organic and unashamed, just like the vibes of a classic merengue banger but taken into a tragic situation that takes presence with ‘The Lamentas’, a track where a beautiful melody that should have been 10 minutes longer, makes the perfect remark of the emotional intensity of Tierra Del Fuego by closing it with a windy and suddenly end.

Although locating the musical influences in which Tierra Del Fuego is framed reads pretty interesting, I highly doubt that the powerful thing about this album relies on these superficial aspects.

Dance music is a primal engine for body language and is activation is triggered by the emotional cadence of its elements. To say something in this terms then implies a sensitive colocation of melodies, harmonies and percussions that can not only be achieved, and goes beyond their technical aspects.

That’s why it’s no minor thing to say Tierra de Fuego is an overly dramatic album, a collection of songs that are inscribed with a heavy amount of inner narrativity. A piece of contemporary electronic music that doesn’t look forward to deconstructing the core aspects of its influences, but rather re-construct them in terms of music with an entrenched language. As the HiedraH crew have stated before: it’s really hard for artists to not be attached to the place they grow and they live, but even most importantly, how they experience music in the way they’re living with it.

Each sound of these songs fits perfectly within their context not only for its technical achievement but rather for its emotional meaning. Tierra Del Fuego is a translation of inner experiences in the form of club music that can be cold and warm at the same time.

Something that makes great to music is its transformative power, and as Tayhana has stated with Tierra Del Fuego, transformation doesn’t come with breaking out the boundaries of a genre or exploiting the ultimate instances of a concept, but with unveiling the intimate things of what composes you as a person. The experiences that, ultimately, makes you want to say something.

Tayhana’s next track will be available on NAAFI X on April 10th. You will be able to pre-order it from April 6th on their Bandcamp.