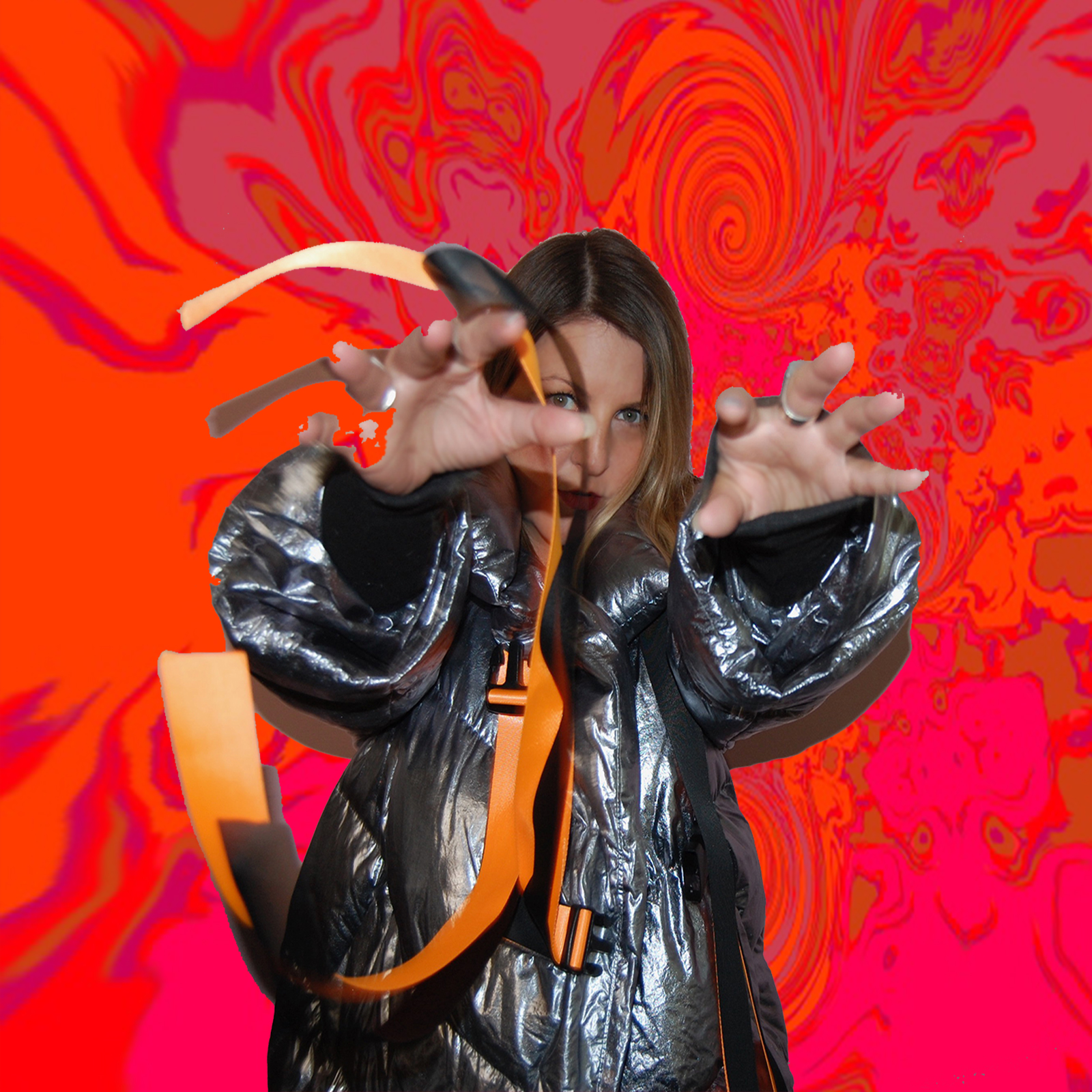 Los Angeles born and raised Sha Sha Kimbo has spent nearly a decade producing solid club music, releasing talented artists on her label Cybersonic LA, djing at countless parties across the Golden State and beyond, to finally land in Marcus Nasty’s booth at Rinse FM. Both bass and rave culture being part of her musical identity, the artist is known for operating with different music codes to create effective hybrids, but with Mind Your Head there is something else going on. Listening to it, it feels like dancing through a journey and remembering the best memories of another era.

Magda Redaelli for Couvre x Chefs | Hi Sha Sha Kimbo, I am so glad to have you for this interview. Your album is lively, upbeat, and specifically made for the dancefloor. It screams Party Time! so one just wants to close their eyes and dance to the music. The first thing I would like to ask you is about something that is palpable in Mind Your Head: nostalgia. What did the 90s mean for you and for this album?

Sha Sha Kimbo | I grew up near Los Angeles in the 1990s. My first rave was in a basement in Boyle Heights (East Los Angeles). I was very young back then. I instantly fell in love with the energy, the people, the music, and the drugs. Raves back then didn’t have cameras or judgment. Kids from all over Southern California were coming into LA and surrounding areas to be apart of this new scene. It was amazing. Music all night till the morning light and then after-parties. Being so young, we had the energy to party all night and day.

The 90s vibe is explicit, but the overall feeling is fresh. How did you work for this album? Where is your studio?

For Mind Your Head, I worked on some of it using Red Bull Studio in LA, using their Roland’s System 8, JD-XA, and Gaia, Novation Bass Station II, as well as their vocal booth. I’ve been working on this music for a few years now and it was Prince Will who encouraged me to take these tracks and construct an album. At times it was a raw and emotional process for me. I really wanted to capture the feelings that I felt as a kid in LA at the rave.

The album is really a process from start to finish. It takes you on a journey. The opening track, « The Sound », is when you meet up with your friends to figure out which rave you will attend that night. The next tune, « Tune In, Turn On », represents getting to the spot and dropping your ecstasy. As it kicks in, you go « Deeper! » and just totally fuck off and begin your trip with « Get A Life (Fuck Off) » – now you know you are feeling it! From « Shakedown » to « Take This Trip » you are just peaking and dancing your face off! Then as the sun peaks the first rays of light, you pile into a car for a surreal sunrise to « Omega High ». You’re exhausted but also light and bright -« It’s just another sunny day… » chants as you smile, knowing these are the best days of your life.

The album is a tribute to a special place in time. A time I hope we can get back to. A time where we can all dance together in harmony.

I can’t help asking you if you fear for the future of the club scene or, seeing what’s happening now everywhere and especially in California if you would trust the future in general.

I don’t know what the future will bring, but you can’t stop the people from dancing.

When have you been producing the album and how long did it take?

I started producing the album in 2017 and finished mid 2019. I produced some of the tracks at my mother’s house and some at Red Bull Studios in Los Angeles. I wanted the album to represent all the different layers of the rave scene from Chemical Brothers influenced « Take This Trip » and Fluff’s Night at The Factory, to big room influenced « Shakedown », to the lounge of « The Sound », and beyond. The sounds were more eclectic in the 90s and I wanted this album to represent that.

You trusted Couvre x Chefs to release the music video for « Get A Life » and you choose 3D animation to create your vision. Tell me all about that.

It basically is about a guy who gets off work, takes a dose of acid which kicks in faster than he expected, sending him on a trip into outer space. It’s like anyone working: at the end of a long hard day, you just want to say fuck it and party. As the dose kicks in, he feels the energy, starts dancing and then the subway becomes his magical club. During the hallucination, he is the star of his own show. Raving without a worry in the world.