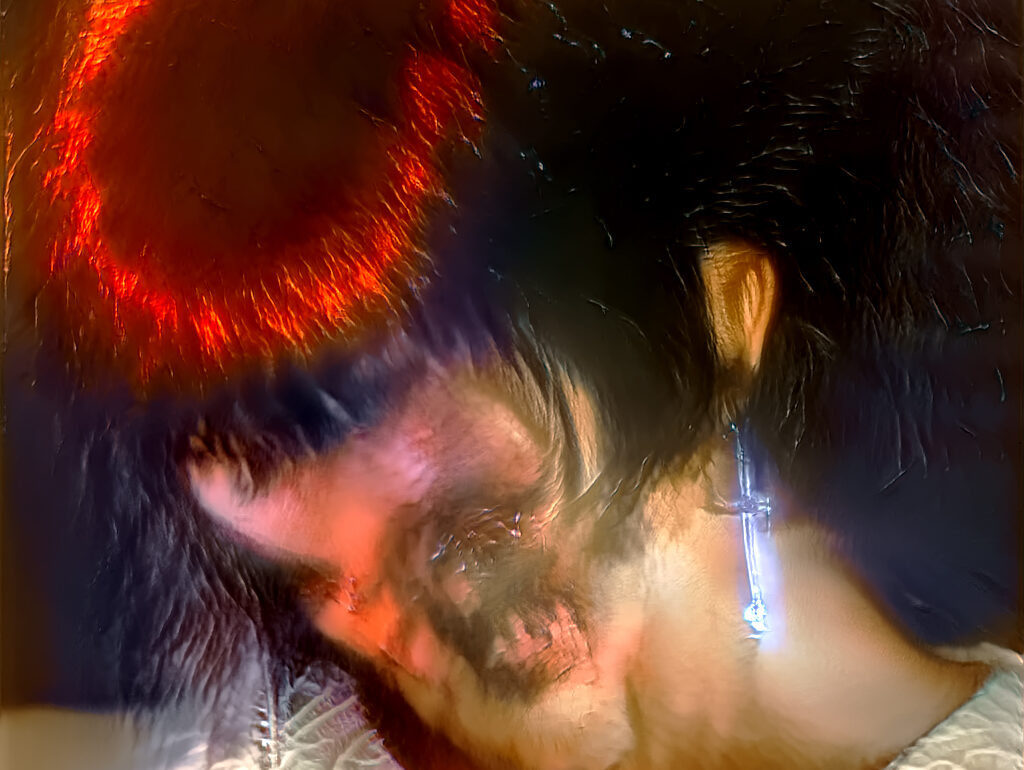 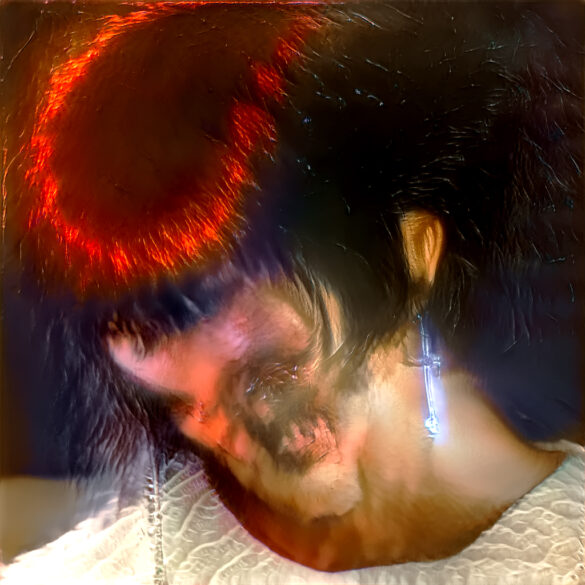 For her remix of Daisy Mortem, the Argentinian artist MAAY imagines a video using video-morphing and artificial intelligence inspired by Coppola’s Dracula

MAAY is the alias and musical project of Argentinean multidisciplinary artist Mayte Stevani. A member of the TRRUENO crew and label, born in Buenos Aires but now also operating in Berlin, MAAY is one of the first artists of the collective to move to the German creative city.

DJing for her compatriot also relocated to Berlin, the pioneer Catnapp, MAAY has scoured (alone or with Catnapp) the European festivals and events: from Sónar (Barcelona, Istanbul) to Breakdance (Brussels), via Paris, Lausanne or Poland.

Temporarily relocated to Madrid, the designer was able to remix the track “Mange Tes Morts” by the French duo Daisy Mortem, from their latest release: Fausse Nouvelle. Fausse Nouvelle being the remix album of their previous work, Faits Divers, released in 2020 on the label of… Catnapp! The remix affirms MAAY’s singular universe, cute and dark, playing with her Latin club and contemporary club music heritage.

Driven by the desire to offer a complete work, the artist now unveils in our columns the video clip of “Mange Tes Morts”, directed by herself and produced in collaboration with Regina Cei (TRRUENO) and Maja.

Inspired by Coppola’s Dracula, the clip combines fiction and the parallel universe of MAAY. Graphically, the effect is rendered by a video-morphing generated by a coded artificial intelligence. The algorithms randomly project images taken from a specially designed database of photos taken by the artist. Shot in Madrid last May by Mayte, the post-production was then carried out in Buenos Aires.

Regina Cei, the author of the post-production work, is an audiovisual artist based in BsAs and expressing her talent through installations and performances but also for brands such as Adidas or Heineken. She has also had exhibitions at festivals and museums such as Lollapalooza and Mutek.

Maja, who wrote in collab with Regina the code and algorithms of the clip, is also an artist from Buenos Aires. His work is in between digital sound design and IA-generated visuals.