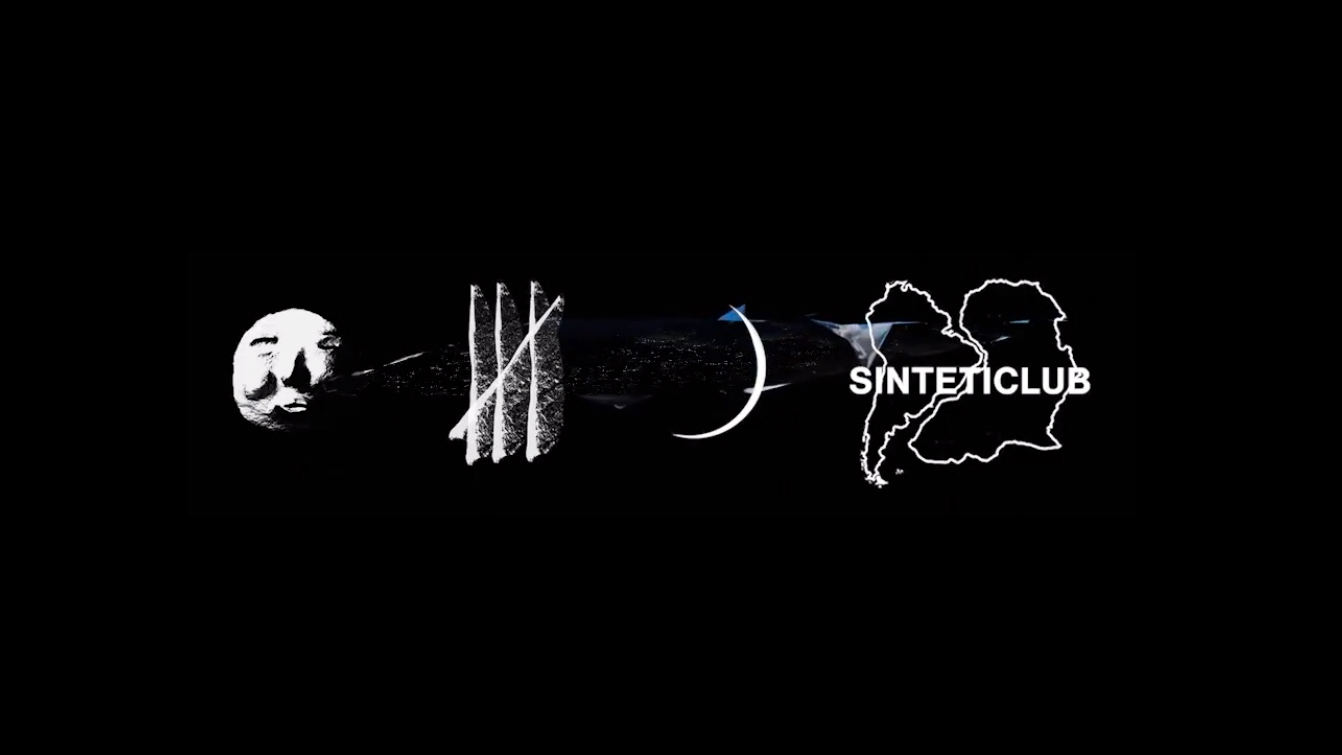 A few weeks ago, SINTETICLUB, EL PLVYBXY‘s latest EP, was released on the Houston label MAJÍA. On this EP, the Argentine producer pushed even further the analysis of the music that surrounds him in its physical context, and their reinterpretation and hybridization with sub-genres of club music from other corners of the globe.

A real meeting point between syncopated Afro-Latin rhythms such as chacarera or afro-candombe, and club sounds (or new club, depending on the category of NTS) such as kuduro, footwork or trance. SINTETICLUB is a tribute returned by EL PLVYBXY to his grandfather Ariel Ramirez and his contemporaries (Mercedes Sosa, Felix Luna, Doming Cura …), ambassadors and composers of Argentinian folk music, chacarera in the lead.

The chacarera is a dance for couple and a traditional musical genre from northern Argentina, characterized by a ternary rhythm and the use of string instruments. Afro-candombe, also known as Afro-Uruguayan candombe, is a musical genre present in Uruguay, but also in Argentina, drawing its rhythmic roots in Africa and defined by the exclusive use of drums of three (or four) different sizes.

After Abya Yala in 2018, SINTETICLUB marks the return and second EP of EL PLVYBXY on MAJÍA. What is striking when listening to SINTETICLUB is the richness of the rhythmic structures and the diversity of the atmospheres designed by EL PLVYBXY. We gradually understand that this is ultimately a sensitive mapping of the socio-cultural and historical landscape of a facet of contemporary Argentinian club music. This facet is the human experience of Gregorio Da Silva, aka EL PLVYBXY, who draws his inspiration from the artistic past of his ancestors, his Brazilian roots, and his situation as an Argentinian producer well anchored in the scene of Buenos Aires and hyper-connected to the global club music sphere as evidenced by his previous EP released on Nostro Hood System (Bristol).

On his previous EPs, Mineral (Agva, 2016), and Abya Yala (MAJÍA, 2018), Gregorgio’s approach was marked by a deep analysis of the context that surrounds him. The legacy put forward by Gregorio in his work thus offers different levels of listening and reading. At first, SINTETICLUB is a club UFO with complex rhythms (but so very effective). By digging more in-depth, we can trace the origin of the samples, rhythmic sequences. A third listening could even push to analyze the rereading of the rhythms in itself, and what this reinterpretation provokes in our current listening context.

On Abya Yala, Gregorio was inspired by his investigation of the land of his Brazilian ancestors and paid tribute to the concept of pre-Columbian Earth. SINTETICLUB, on the other hand, tends to weave or highlight bridges between traditional local music from the American continent (centre/south) and their African roots, while offering a club-ready reinterpretation.

A perfect illustration of the connections between folklore thousands of kilometres away, the manoeuvre performed by EL PLVYBXY on the title “Antiguo Dueño de la Flechas”, a piece that left its mark on Gregorio’s unconscious, performed by Argentinian folk singer Mercedes Sosa. EL PLVYBXY accelerates the original track to 140 BPM, and the rhythm suddenly sounds Mexican tribal guarachero. A result to be compared with the Guaracha Santiagueña, a popular genre from northeast Argentina, a fusion of the chacarera mentioned above and the chamamé, and from which EL PLVYBXY recently released a mix for Pantropical.

Along the six tracks of the EP, Gregorio offers the listener a modern vision steeped in tradition. The guaracha-tech of the opening track “Insomnia” responds to the revisited and nostalgic guaracha of “Vigilia”. “Rukutu” peers towards Afro-Candombe and takes the form of Latin kuduro. “Acaro” connects Afro-Brazilian percussions and footwork. On “Consagración”, it is the unstoppable cumbia that EL PLVYBXY revisits by adding a resolutely disturbing touch, club, and sometimes reggaeton. Finally, “Sucio Susurro” closes the EP by returning to the Afro-Candombe experiments, paying tribute to the crew of Uruguayan neighbours Salviatek and to the work of Pobvio and Lechuga Zafiro.