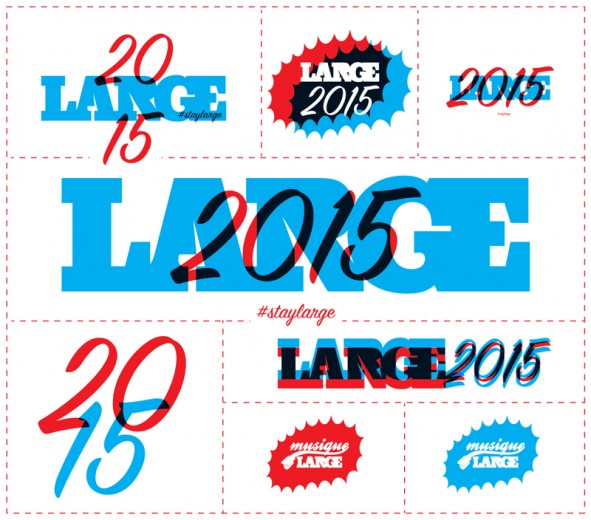 Musique Large wishes you a LARGE 2015

2014 was a great year for Musique Large: noticed releases from Claude (joint project between Fulgeance and Darius Broobecker) and techno DJ legend Laurent Garnier were royally added to the relevant catalog of the french label.
To kick off 2015 right, Musique Large provides us with a very heartfelt compilation: LARGE 2015. On the menu of the digital compilation: 6 tracks including 4 unreleased, highlighting the artists of the label, and an amazing artwork by the one and only Rekick.

The opening track is a dub remix of the track Superman of Baron Rétif & Concepción Pérez (ML008), directed by the French producer Moresounds. Drum ‘n’ bass composer, Moresounds delivers an interesting vision of the BR&CP track.

Followed up by two new compositions from Fulgeance, a pleasure to hear new material from the beat Prince, low club ambassador. There are a lot of bass on both tracks, sometimes more curvaceous (Blue Grey), sometimes more saturated (Xlove).

Often better known as a DJ, Onelight drops small edits of his favorite tracks, and also offers us a brand new track to compile on LARGE 2015: you can discover the Breakdance version of the title Rockin Radio from Tom Browne. Pierre Thyss signed the visuals that are visible on Onelight’s soundcloud: