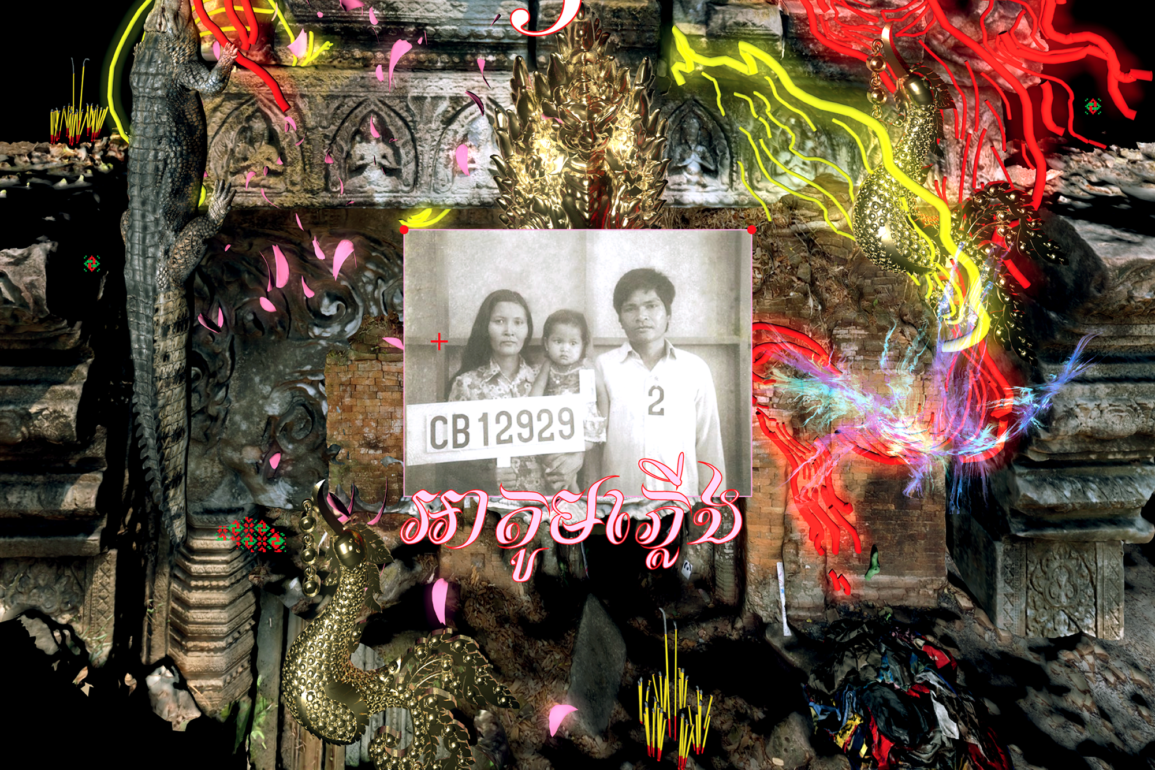 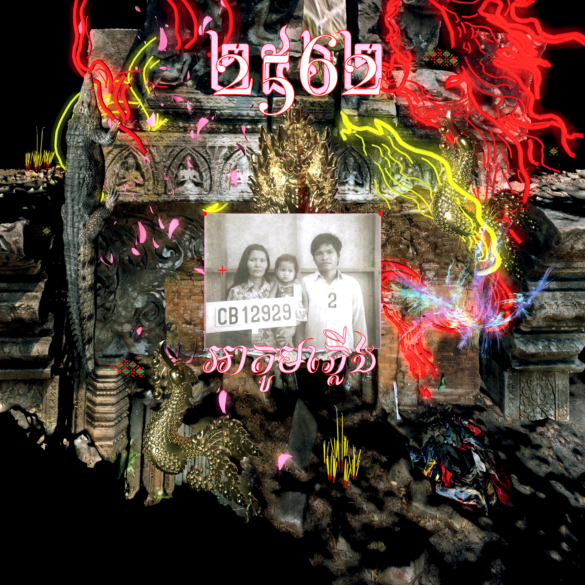 Saphy Vong, founder of the platform and collective of diffusion of Asian music Chinabot, announces 2562 Neon Flames, his debut album under the alias Neo Geodesia. This project which is dedicated to the memory of Saphy’s mother who died two years ago looks back on her tragic disappearance that suddenly occurred during the celebration of the Khmer New Year 2562.

On April 11, 2019, Saphy took a plane from London to Cambodia to visit her urgently hospitalized mother. The correspondence in China was delayed, Saphy, unfortunately, reached her destination too late, her mother has already passed awazy. Upon his arrival in Cambodia, the producer found himself in the midst of the launch of the Khmer New Year festivities, the year 2562 of the Buddhist calendar.

It is this juxtaposition of life and death that will be the common ground for 2562 Neon Flames. By placing itself on the razor’s edge between life, death, and rebirth, Neo Geodesia intensely explores the despair of mourning, family unity, disillusion, and existential triumph against a sea of immense sorrow. The narrative construction of the album guides the listener in the emotional journey that Saphy lived through this poignant experience, illustrated by the striking image of the author who perceives the fireworks of the party from the window of his taxi on his way to the crematorium.

2562 Neon Flames is intended to be a conceptual composition with magical realism, deeply colored and tinged with dreams and nightmares, referring to the week in the producer’s life where sacred Angkorian cosmology faces the Khmer celebrations of the modern world. Composed of samples from instruments, Saphy’s personal audio archives and digital synthesizers, 2562 Neon Flames is a sound and emotional collection where tradition and modernity are constantly brought into resonance. Crystalline organs, mourning vocals, and bamboo flutes respond to traditional percussions and metallic drums in a high-level schizophrenic fusion.

Exclusively before the release of the album, Neo Geodesia has trusted us with the premiere of the video clip of the track “Venonemesis”, which you can stream on the player at the top of the article. Directed by Saphy Vong himself, the video is a surreal animation loaded with mythological symbols, belonging as much to Cambodian culture as to pop culture. “The video takes place in a flooded seaside town after the impact of a typhoon, as people get ready for celebrating Khmer New Year,” explained Saphy about the video which explores life, death, poison, and evolution. Themes put in parallel with the accelerated growth and decline of Cambodia, a country transformed by development and climate change.

“It shows a disaster at the end of the harvesting season when farmers enjoy the fruits of their labor before rain season begins. Khmer people set up altars to offer sacrifices to the sky deities, or devotes, who are believed to make their way to the Mount Meru of legend at this time of year. Games are a core part of New Year celebrations. In his surreal video, aquatic zombies evolve into humans after winning games, while humans die after losing. People eat tarantulas, a traditional Khmer snack that is defanged before consumption, food which remains taboo in the West but helped the people to survive during Pol Pot Regime…”

We find in the animation the paradox stated by the German physician and philosopher Paracelsus: “All things are poison, and nothing is without poison; the dosage alone makes it so a thing is not a poison”. It is this maxim that Neo Geodesia proposes to explore on the title “Venonemesis”, from a personal point of view and his experience of loss, as from a more macroscopic point of view interested in the profound changes operating in contemporary Cambodia.

2562 Neon Flames by Neo Geodesia is released on Chinabot on April 11 on cassette, vinyl, and digital. Pre-order on Bandcamp.