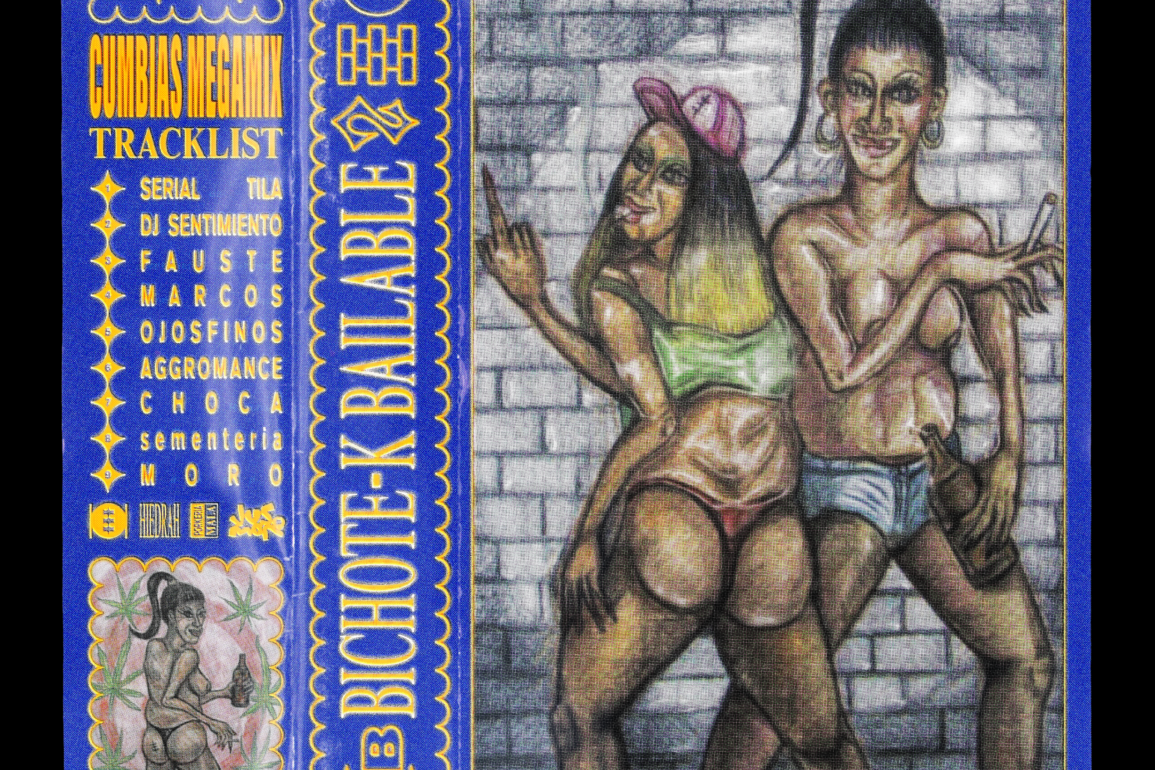 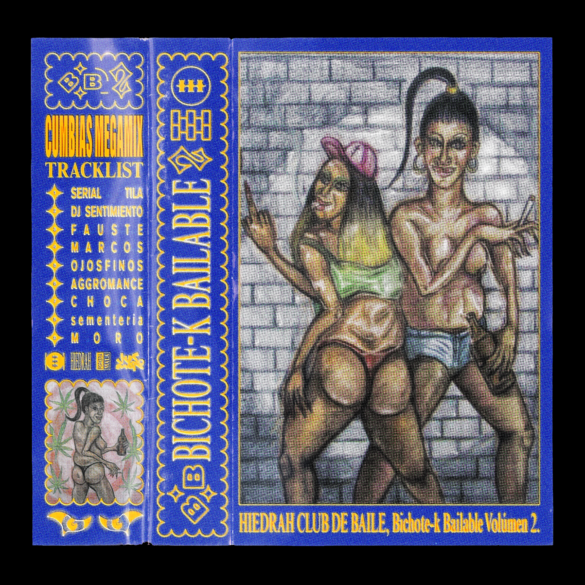 A year after the first volume, the Argentinian label and collective HiedraH Club de Baile is backing up with the compilation Bichote-k Bailable Volúmen 2.

In case you missed it, HiedraH is certainly one of the most exciting labels in the post-club / hybrid club / current scene. Definitely placing Argentina on the world map of electronic music (and maybe a few more countries), but the collective has already built a solid local reputation with remarkable parties that have been shaking Buenos Aires for seven years. In 2017, HiedraH made the long-awaited step of growing into a label, a project in which the collective will demonstrate the same impeccable curation as for the lineups of their parties.

Little by little, release after release, HiedraH Club de Baile is building up an increasingly exhaustive map of the most innovative musical argument in South America (and sometimes beyond). If each locality has its own specificities, rhythms, and stories, the Argentinian collective and label unites under its banner a crew of excellent producers going in the same direction. That of uninhibited electronic music which redefines the rules and opens the field of possibilities of so-called conventional techno.

After a bluffing EP by the duo Sueuga Kamau, 1973, on which the Oakland producers reimagined their Afro-American roots, the Argentinian collective and label will release this November 19 the Bichote-k Bailable Volúmen 2 compilation. The idea behind ​​the first volume released last year and on the occasion of which we interviewed the producers of HiedraH, Nahuel Colazo and Ybán L. Ratto, was to reinterpret the traditional Argentinian cumbia villera by integrating elements of hybrid, contemporary and experimental club music. A meeting of themes dear to the very essence of the collective concerned with promoting the singularity of minorities in Latin America. A sort of pirate CD composed of bootlegs and unofficial revisited version, worthy of the legacy of the iconic NAAFI Pirata compilation.

While the first volume was made by direct members of the collective and focused primarily on cumbia villera, this second edition marks the opening to much of South America. We thus find producers from Argentina but also Chileans, Uruguayans, and Peruvians, each revisiting their own folklore and local variations of cumbia.

The need to put this compilation together was born because, for us, the tropical scene, its music, its dances, its culture, and its social representation cross us more or less equally, although with differences between each of the latitudes of Latin America.

After a first single unveiled a few days ago, the track “Cumbia Pirata” by Argentinian Marcos, HiedraH entrusted us with the broadcast of the track “Ahivalabala” by Uruguayan producer Ojosfinos. On this track, the young artist, inspired by the migration of his grandparents from Egypt, sought to combine an Arabic melody with the typical Uruguayan plena. For him, it was “a way to show the Rio de la Plata (estuary common to Argentina and Uruguay, editor’s note) that not everyone is descended from Spaniards or Italians”, he told us. An approach that also reminded him of the piece “Ali Ba-Bá” by the Uruguayan singer L’Autentika, precisely combining Arab culture with the Uruguayan plena.

Bichote-k (pronounced bitchoteka) is “essential to understanding that electronic music is not confined to a single genre and that everyone is capable of enriching it with unique sounds which are the result of historical lootings, economic crises and social welfare of which the Americans (north and south) have paid the price, “Ojosfinos explained to us.

For me, Bichote-k is the way to show the world that we sudakas have our own ways of doing things and they are worth as much as those of others, like it or not.

Regarding his next projects, Ojosfinos is working on an EP inspired by plena and club music, merging the Uruguayan rhythm with house, acid or techno. Also to be released on HiedraH in 2021.

Bichote-k Bailable Vol. 2 will be available Thursday, November 19 and is already in pre-order on Bandcamp.