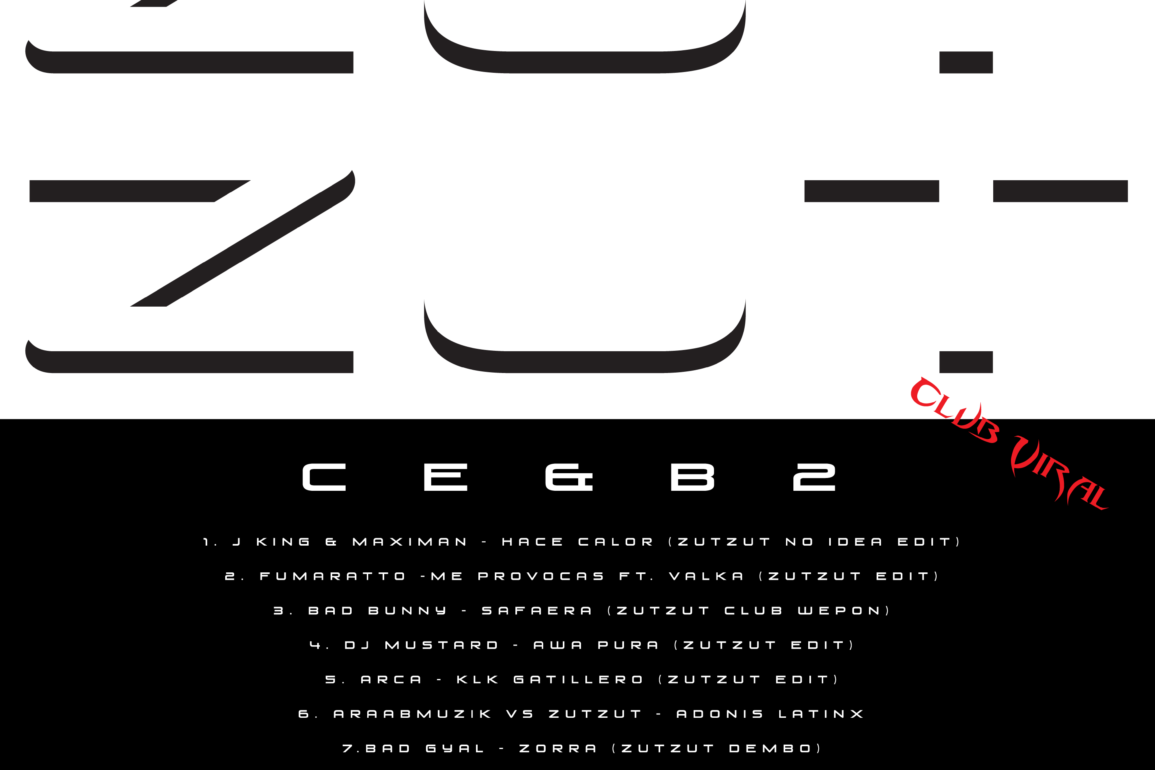 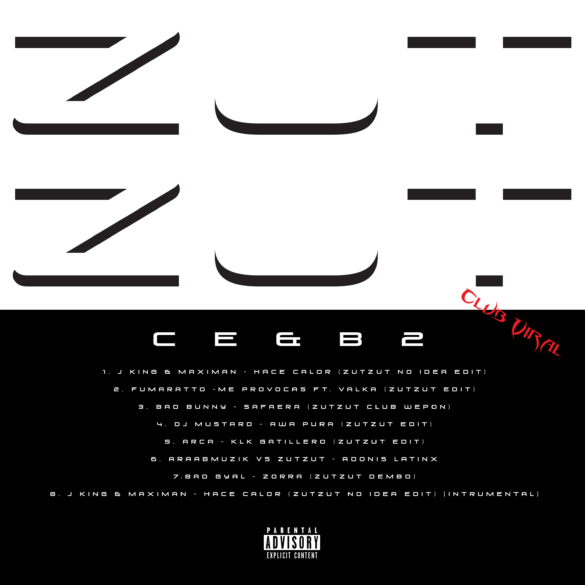 This new release includes 8 tracks that the most curious will certainly have heard on pirate radios or during Zutzut’s recent Boiler Room. C E & B 2 is composed of revisited versions of more or less recent popular Latinx hits, rap hits and more experimental tracks. Bad Bunny, Arca, DJ Mustard, Bad Gyal or Araabmuzik, whatever the origin of the tracks, Zutzut takes them back to Monterrey and appropriates them with ease.

Track by track: the pack opens with the No Idea Zutzut Edit of the 2015 reggaeton hit Hace Calor by J King & Maximan. Then comes the hit edit by Me Provocas, a summer-ready track from Colombian aleteo (a branch of tribal house and rebirth of the tribal guarachero which we recently talked about via the new compilation of Putivuelta) whose original track has more than 100 million views. on Youtube (!!!). Bad Bunny Safaera‘s new classic becomes a Zutzut’s “wepon club”. The Pure Water banger by DJ Mustard & Migos is rebranded Awa Pura, reggaeton riddim in addition, same treatment a little further for Adonis by Araabmuzik. Between the two gringos, the collaboration between Arca and Rosalía KLK sees its Latin essence greatly boosted, to such an extent that we would have wanted to add to the title “perreo sucio edit”. Finally the intro of Zorra from Bad Gyal is cut and accelerated to become a formidable “dembo” tool. As a bonus: the instrumental of Hace Calor (No Idea Zutzut Edit) which reaches out to SoundCloud producers (but not only) to become in turn edited or bootlegged.

Zutzut, precursor of the bootleg Latinx

If the bootlegs and club edits of reggaeton, through acapellas, rhythm of reggaeton or dembow are today very widespread on SoundCloud and played all over the world, it is always good to remember that Zutzut is without a doubt one of the inventors of this type of bootleg.

We were already talking about it when his previous pack was released, but the 3rd World Bootlegs compilation released by Mexican media #401 (held by Lao, Zutzut and other collaborators) at the end of 2011 introduced the genre. On tracklisting: Zutzut, Lao, Panchitron (aka Abraxa from Santa Muerte) and Ezekiel among others. Then, it was the 4 legendary NAAFI Pirata compilations released between 2014 and 2017 (on which we obviously found Zutzut) that changed the face of club music and propelled the Latinx bootlegs in DJ sets around the world.

Zutzut is definitely EL jefe at Latinx edits and bootlegs and proves it once again with C E & B 2. When he released El Pack Vol. 1 in 2015, the sound collages were real compositions and this pack had, once again, changed the rules of the game. We heard that a sequel was also in preparation … to be continued!

Another news not to be missed from Zutzut is the recent diversification of his Club Viral project. Originally a series of Monterrey parties organized by Zutzut and a few friends, with the recent situation temporarily closing all events, Club Viral now becomes a platform for the distribution of content, in particular live video streams between Zutzut and a different guest for each episode. After Imaabs, it was with Lao that ZZ spoke for 1h30. No subtitles, we advise you to start learning Spanish so you do not miss any second of this very interesting conversation about the club scene from which the two producers come.